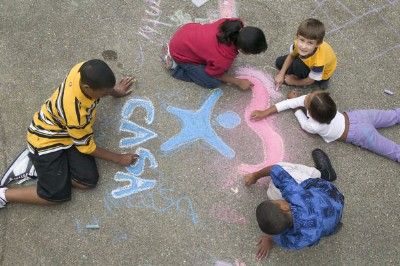 Liz Caldwell joined CASA in 1999 as a volunteer and quickly accumulated cases. Family Court was  developing a specialty drug treatment court for cases where a major contributing factor was substance use disorders. CASA was included in the start-up grant and Liz became CASA staff to the Family Treatment Court. CASA was assigned to every case.  In 2012, with a transition in agency leadership, Liz became Director of Advocacy.  Late in 2013, she became the Executive Director of CASA of Rochester/Monroe County, continuing to lead this volunteer-based advocacy program supporting the best interests of our area's most vulnerable children.

Liz’s varied background included an A.B. in Chemistry and a Masters of Education in Administration and Planning.  After careers as a stage manager, Chemist, MIS Manager developing mental health systems, Liz became an administrator in Psychiatry, first in Child and Adolescent Psychiatry, then adding both Addiction Psychiatry and the Comprehensive Psychiatric Emergency Programs. The knowledge of regulations, programs, and general background  serves her well in her current CASA position. Liz was awarded the Private sector, Human Services Worker of the Year award by the Monroe County Federation of Social Workers in 2006. The work with CASA children, their families, and our wonderful volunteers is a productive use of her passion for children’s issues.

Mandy joined CASA in July 2021 bringing experience in social service agencies, volunteer coordination and refuge resettlement. With a degree in political science, she started her career working as an AmeriCorps assisting with the integration of children in the refuge community into the American culture. She continued her work with refuge families in multiple locations across the country, founding a nonprofit to fill a service gap and serve refuge youth. In addition, she has served as a Teacher's Assistant  and a Volunteer Coordinator for a local agency. Filling additional hours, she worked in the law office of a local Family Law attorney, gaining  valuable insight into Family Law.

Mandy believes that her life experiences have given her the unique perspective to be able to work with children and parents to address the reasons they are in front of family court and to identify the barriers that are impeding the families from being as healthy as they can be.

Lisa Nolan has served as a CASA Advocate Supervisor since 2015. She earned her BS degree in Social Work at SUNY Brockport, and is part way through her Master's. Lisa brings over twenty years of professional experience to CASA in Early Childhood Education, Juvenile Justice, and Adoption Services.

She was born and raised in Rochester and currently lives in Greece, NY, with her husband and two daughters. She loves spending time with her family, watching her daughters sporting events, reading and getting lost in a variety of craft projects.

Working at CASA, Lisa feels the best part of her job is working with children. “To be a part of making a significant difference in children’s lives and advocating for children so they don’t get lost in systems that they’ve become a part of motives me to continue to serve. “

Justin joins CASA with eight prior years of experience from a variety of social service roles, working primarily with disadvantaged populations.  Prior to CASA, he has worked at Trillium Health and Pre-Trial Services Corporation in Rochester, along with additional case management and direct service positions in Chicago.  He served two years in AmeriCorps from 2010 to 2012. He completed the PRIDE in Leadership training at the United Way of Greater Rochester as well.

As a former foster parent, Justin understands the need for advocacy in the Family Court system.  As part of that role, in addition to his role as a Diversion Counselor at Pre-Trial Services Corporation and an Education Mentor within Chicago’s Cook County Jail system, Justin came to understand both the resources available and the lacking supports for many of our families.  He is acutely aware of the needs of our LGBTQ communities.  Helping others to understand and navigate systems, identify solutions, and improve their lives has always been his passion.

Justin is married and lives with his husband, Mike, in the city of Rochester, with their dog.